This is a series completed in 2002 that toured Australia. Due to the sheer volume of work over the years, only a few are displayed here - to get the general idea. 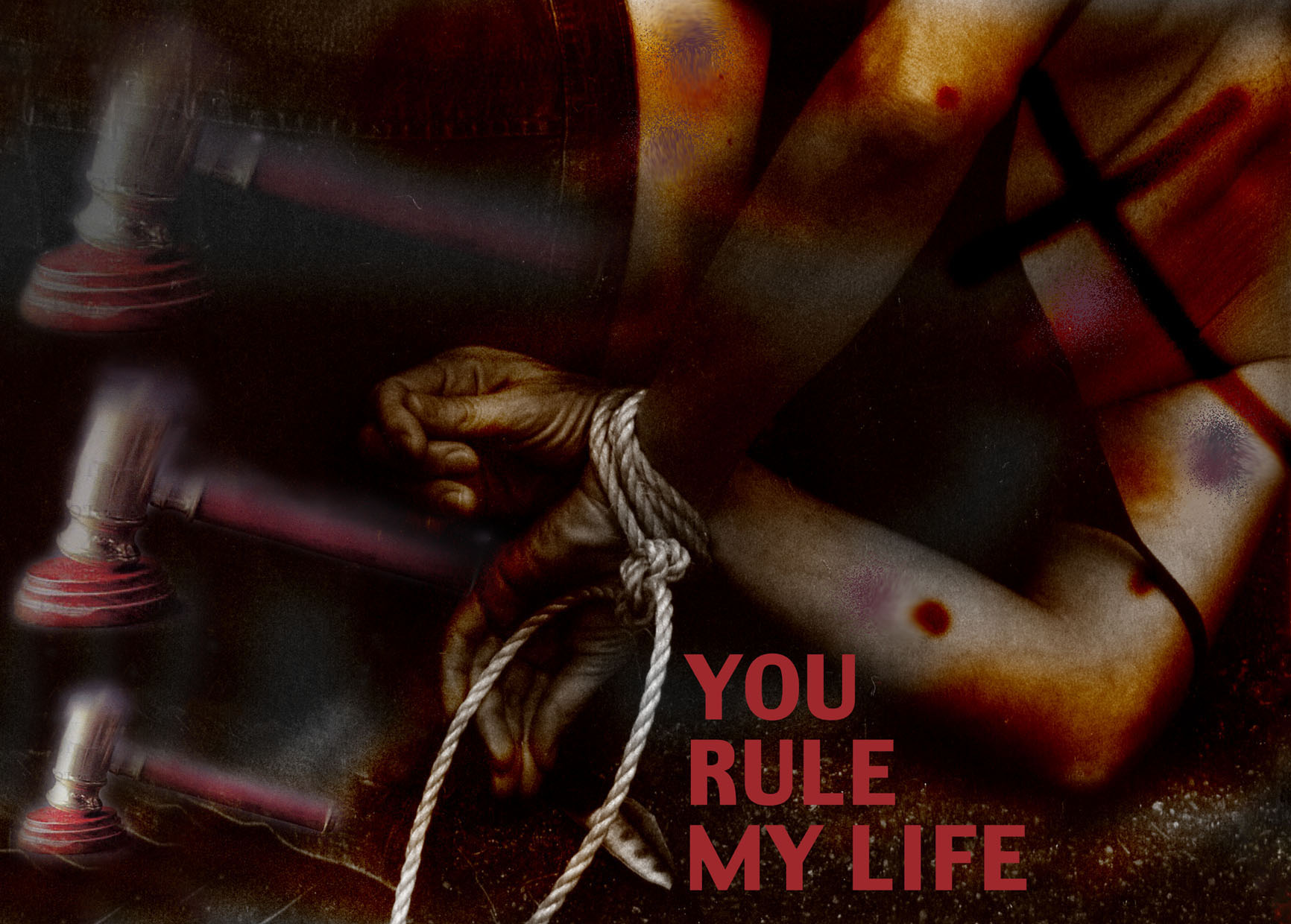 You Rule My Life 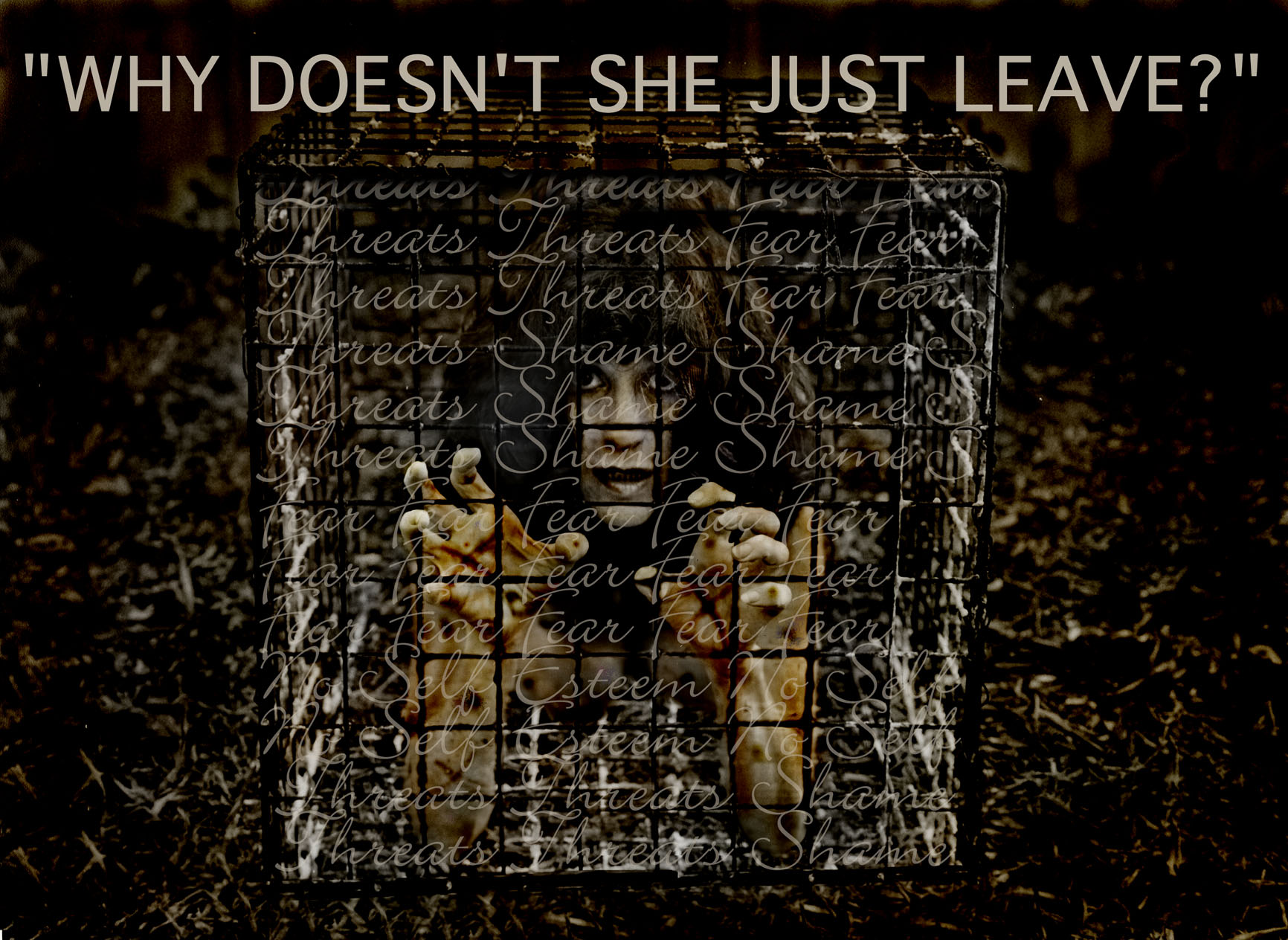 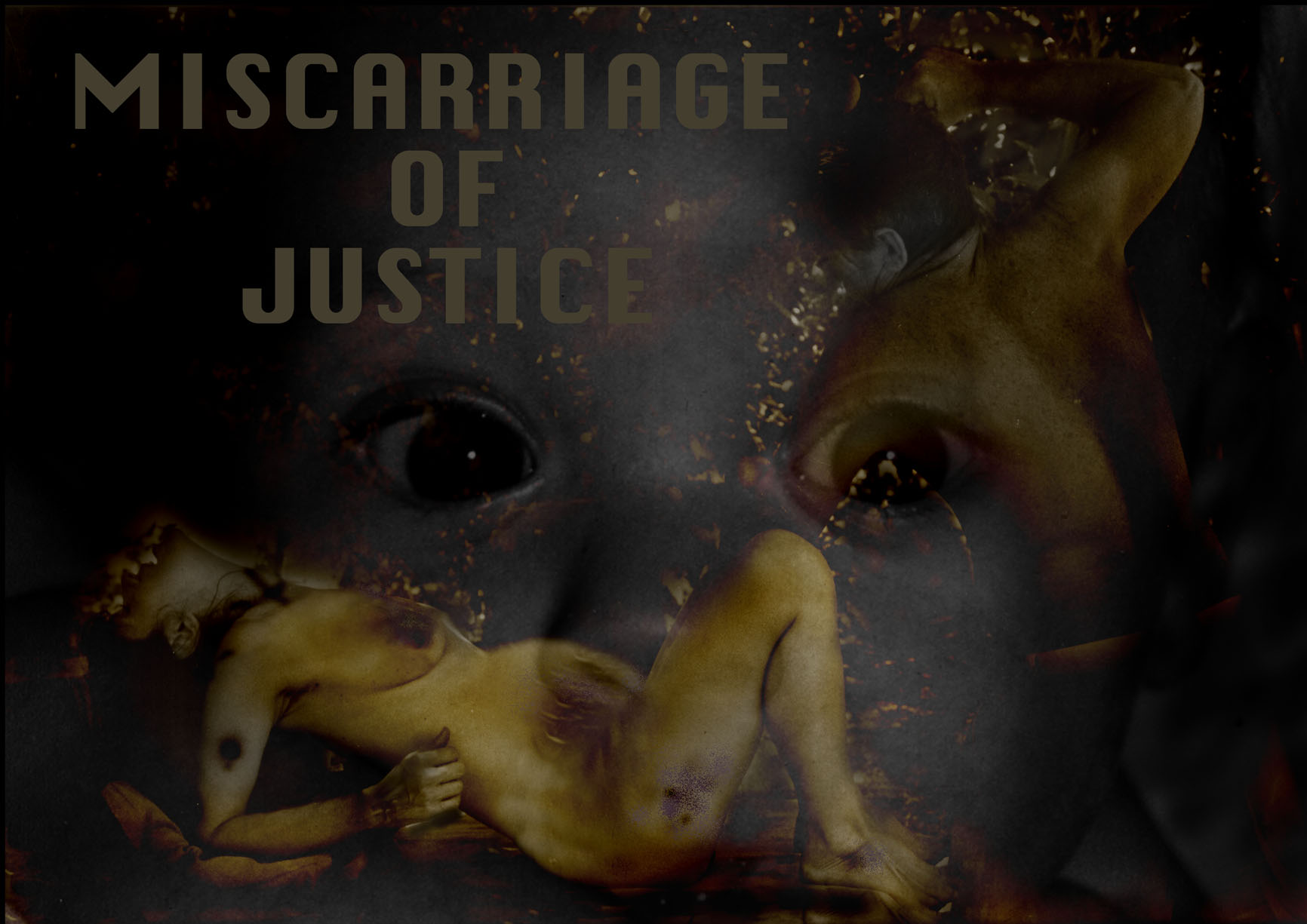 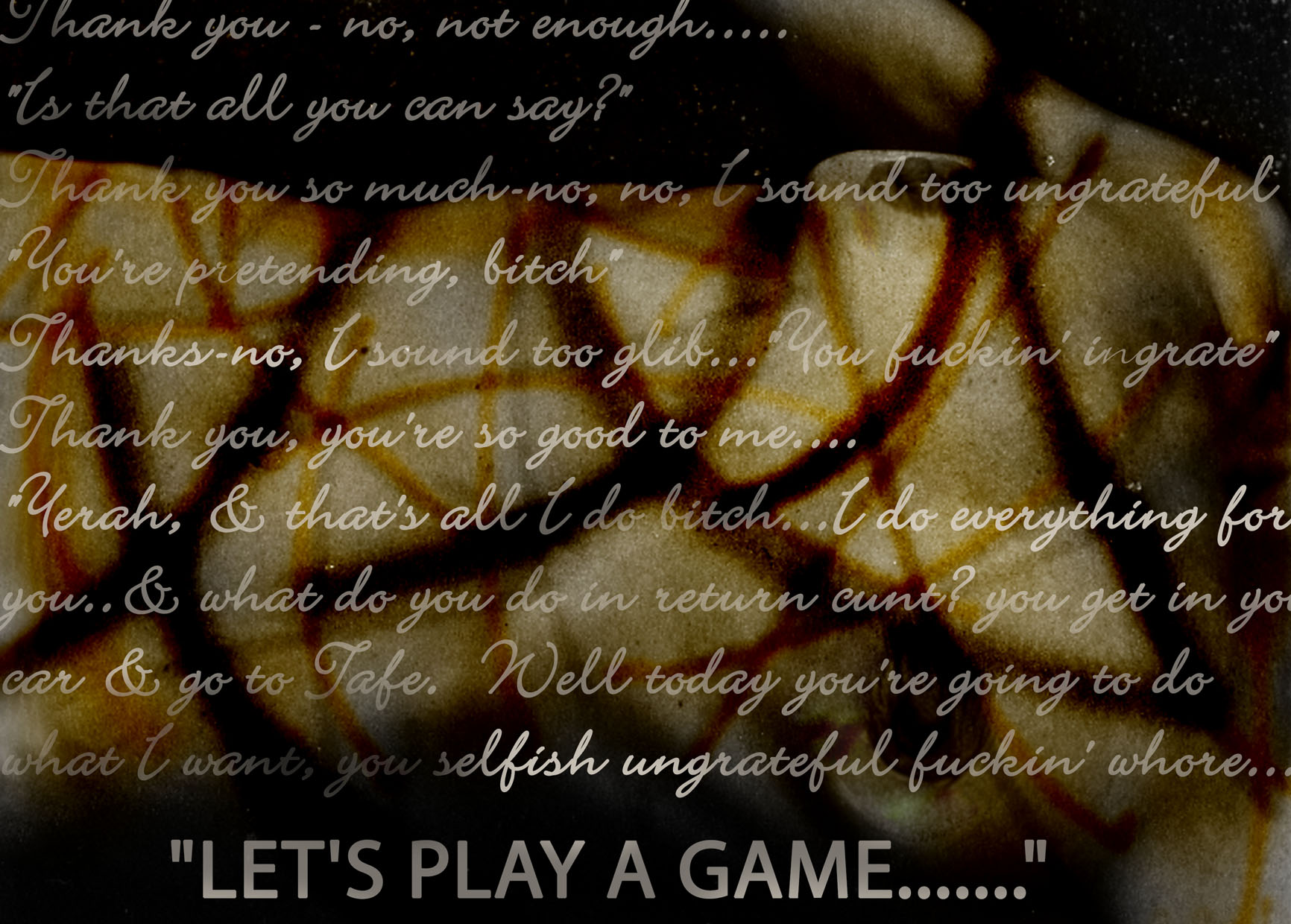 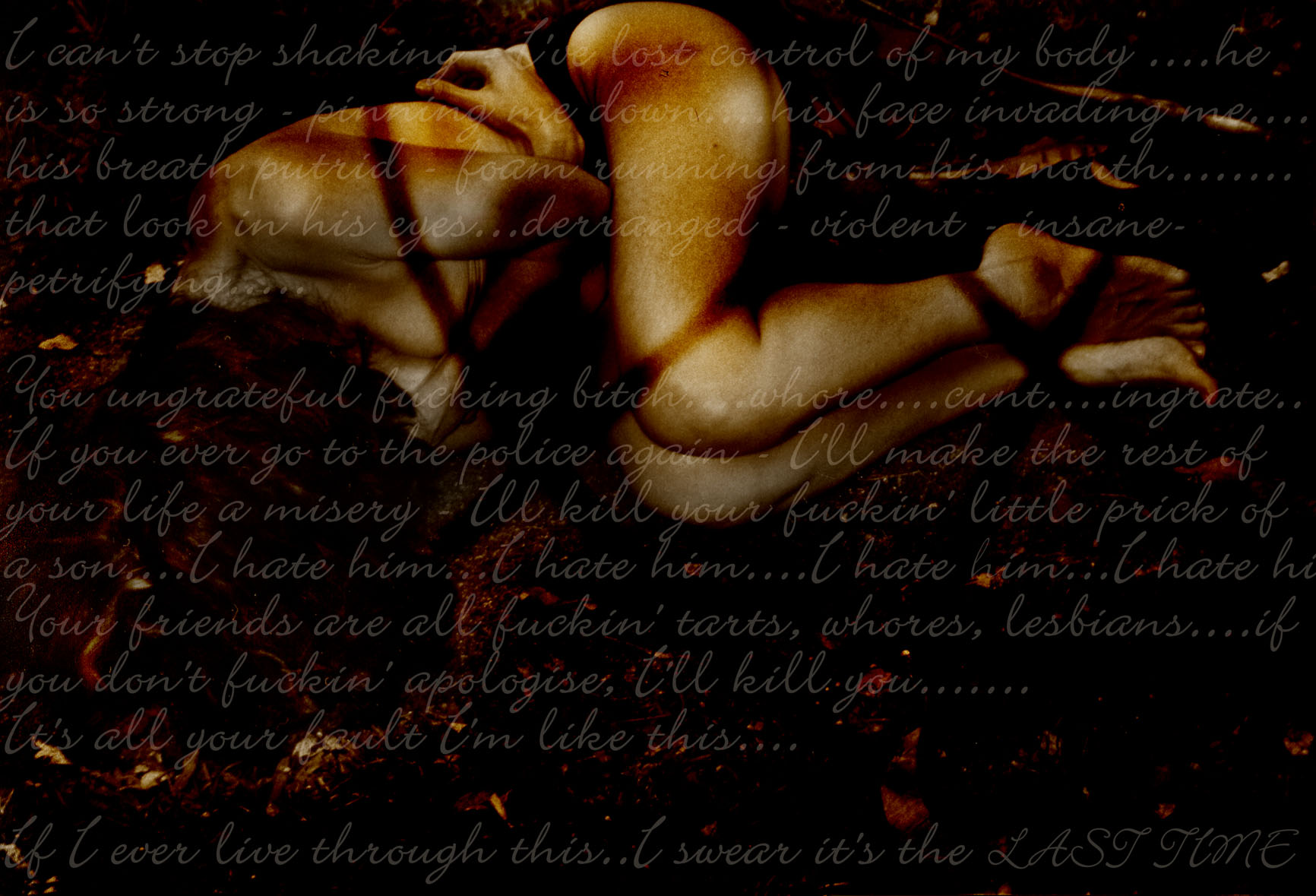 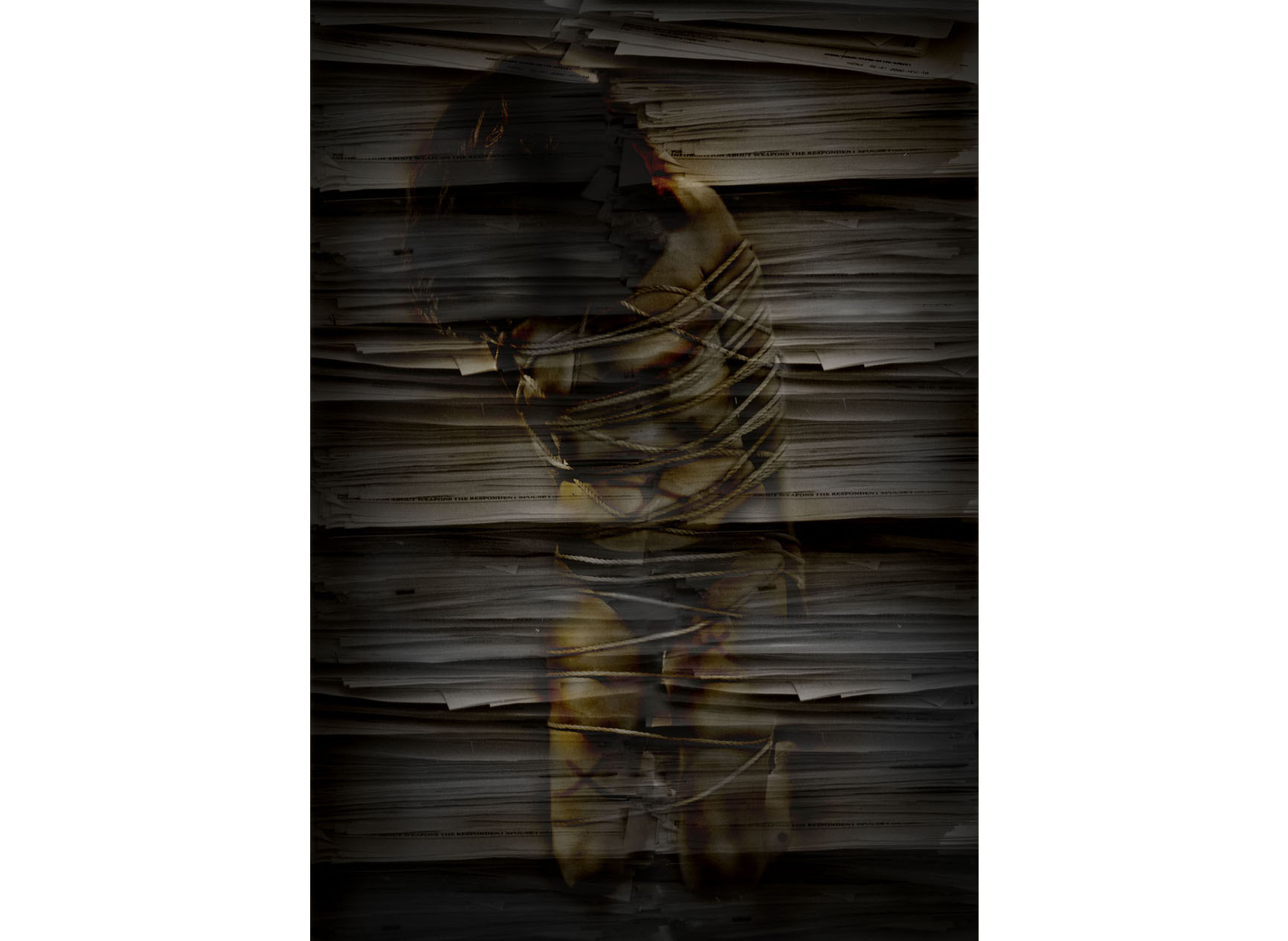 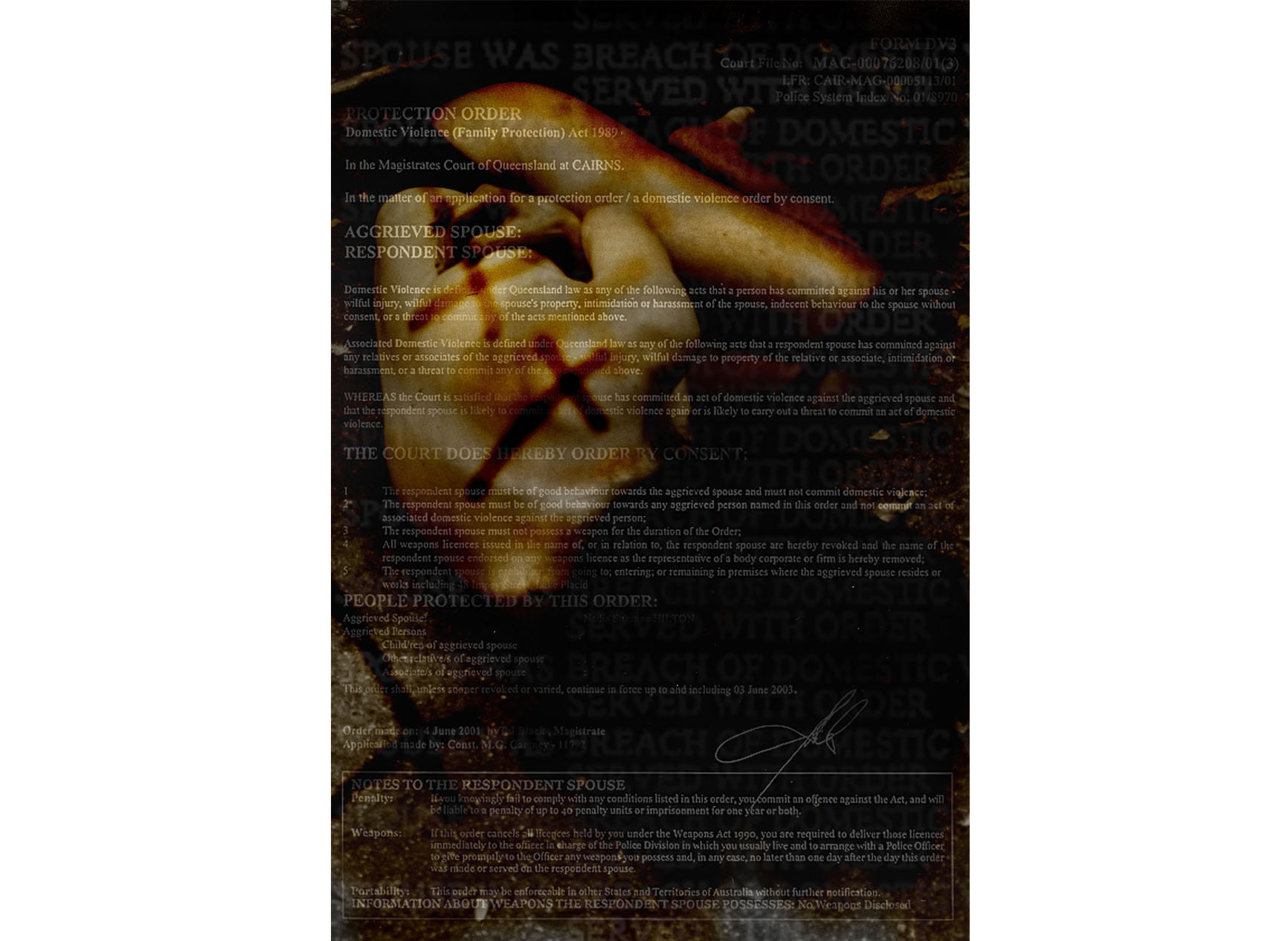 In this series I am exploring domestic violence against women and its composite abusive judicial system.  It is through both of these processes that an abused woman finds herself in the position of defending herself and her children.  While at first this has to occur on the home front, it is later required within the judicial system; a system, which is supposedly there for her protection.  This series places both experiences on an equal footing, showing, in fact that the judicial process further perpetuates abuse, condones violence and allows perpetrators to continue persecution of targeted females.  It portrays both the horror of the abusive process and the clinical proceedings of the judicial system as hegemonic and debasing.